I had previously built an IMU implementation on an arduino (processing onboard(not satisfactory), or on a real computer). It was actually based on Sebastian Madgwick’s Ph.D research. I was actually working on a kalman filter based algorithm for inertial measurement when his paper was made available online thrugh IEEE. It was easy to understand, easy to implement, fast and had good results. So the only logical step for me was to use his work and then feel bad later about not doing anything significant.

In the end I had to use the arduino just for sampling (at about 500Hz) and do al the processing on the computer. The performance was really good, though I could use a magnetometer for the yaw drift. Now I have started working on making this work on an STM32VL-Discovery board that I had lying around. Have to figure out getting ADC’s to work. And since I might need to debug float i tried getting the UART working, which did seem to work, its only that the GPIOs are 3.3V and didnt seem to work well with the arduino which I was using as a serial bridge. I could use the same cube displaying thing from the arduino code. 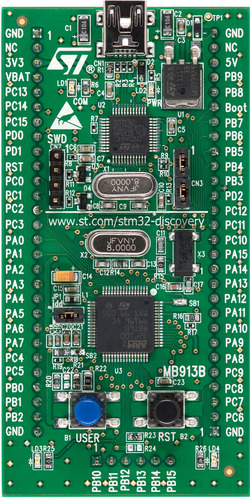